How to Turn Your Fairy Liquid Into An Epic Moss Killer… And other ways to remove moss forever.

I know it probably seems like we’ve been saying this for months and months, but summer is actually, totally, factually, definitely over, which is great for anyone that wants to finally trade pushing their lawn mower for pulling on a winter pullover and relaxing in front of fire. The problem is, errrr, moss.

Now I’m not saying moss should be called a weed, per se, but moss should definitely be called a weed because that’s exactly what it is and, yup, it absolutely loves autumn-slash-winter. But before I give you not one, not two, not three, but four ways to get rid of your mossy-mossy-moss-moss (that was my attempt at making it sound a little nicer than it actually is), let’s get into the nitty-gritty-ness of what the heck moss actually is.

So, What The Heck Even Is Moss? 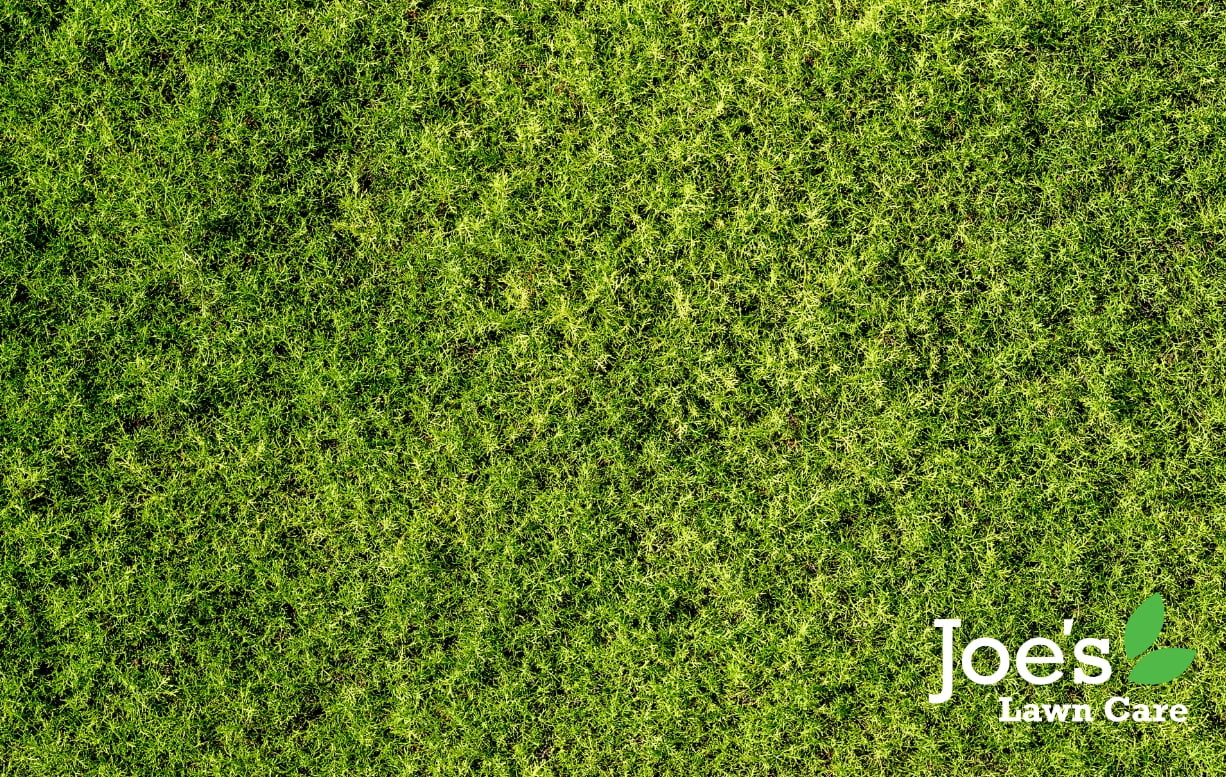 For anyone that’s ever walked through a forest with bare feet, moss is a super-squidgy saviour that stops you making weird groaning noises every time you stand on an unseen twig. But for everyone else (especially those with lawns), moss is basically a thick and squidgy carpet of small green leaves and even smaller stems that has a panache for growing between your grass blades, bare soil, wood, rocks and just about every other surface that has moist n’ shady conditions. That’s what moss loves more than anything: moist shade.

But for all the negative press surrounding moss, it actually has a pretty cool story and it began roughly 539 million years ago (pub quiz fact: this is referred to as the Cambrian period). Back then, all other animals and stuff were still living in the water, meaning the land was home to just a couple of things: mushrooms and moss. Quite incredible really – and yet, somehow, moss is still around today, which is partly because it has a really shallow root system, partly because it gets all the nutrients it needs from water washing over it, and partly because it reproduces through spores. Talk about primitive.

How To Show Mr Moss Who Is The Boss 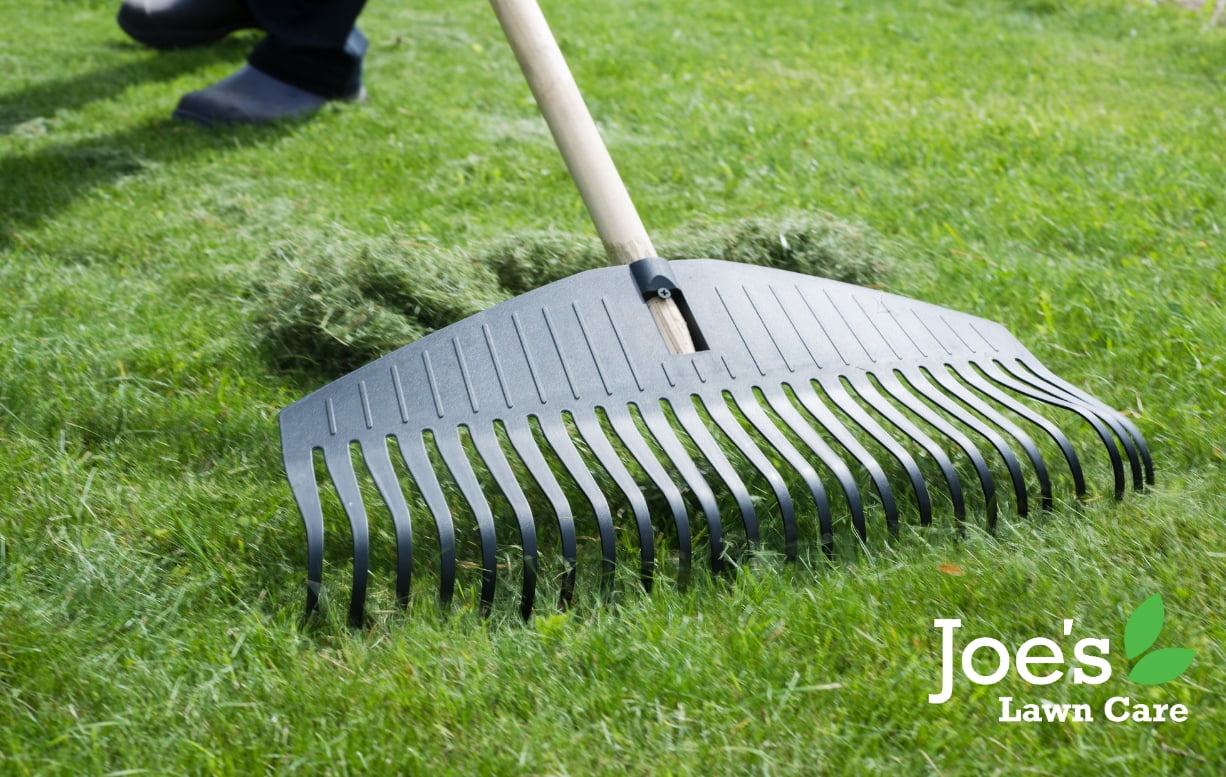 The good news is: unlike a lot of lawn diseases, moss doesn’t kill grass.

The bad news is: if you have moss growing on your lawn, you can be 99% sure it’s because  of poor conditions, and this needs to be rectified ASAP if you want your lawn to be a) healthy and b) moss-free. So let’s check out your options:

Here’s the deal: moss is not a massive fan of iron in soil, so the higher your iron levels the less chance you moss has to grow. That’s why I recommend you swap your slippers for your wellies once more, step outside and spread a little bit of lawn moss killer around your garden, which typically contains some form of iron sulphate. Of course, if you’re worried about your soil becoming too acidic in the process, you can always chuck some lime back into your soil with a spreader giving you a winner-winner situation as this will help your grass will grow and “your” moss disappear.

Option 2: Get Your Rake Out (Good, But Exhausting)

We know this may not sound like the most attractive proposition given I mentioned chilling in front of a log fire earlier, but another way to get rid of your unwanted moss is to head to your shed (then head back to the house to ask your partner where the rake is before heading back to shed), rummage around for a bit, finally find it and then physically remove the moss from your lawn using your trusty rake and some elbow grease. Just think of the calories you’ll burn and the podcasts you’ll be able to listen too.

I know this may sound even more baffling than BoJo after a few too many sherries, but you can eradicate your moss problem with a two-ingredient cocktail of water and dish soap. 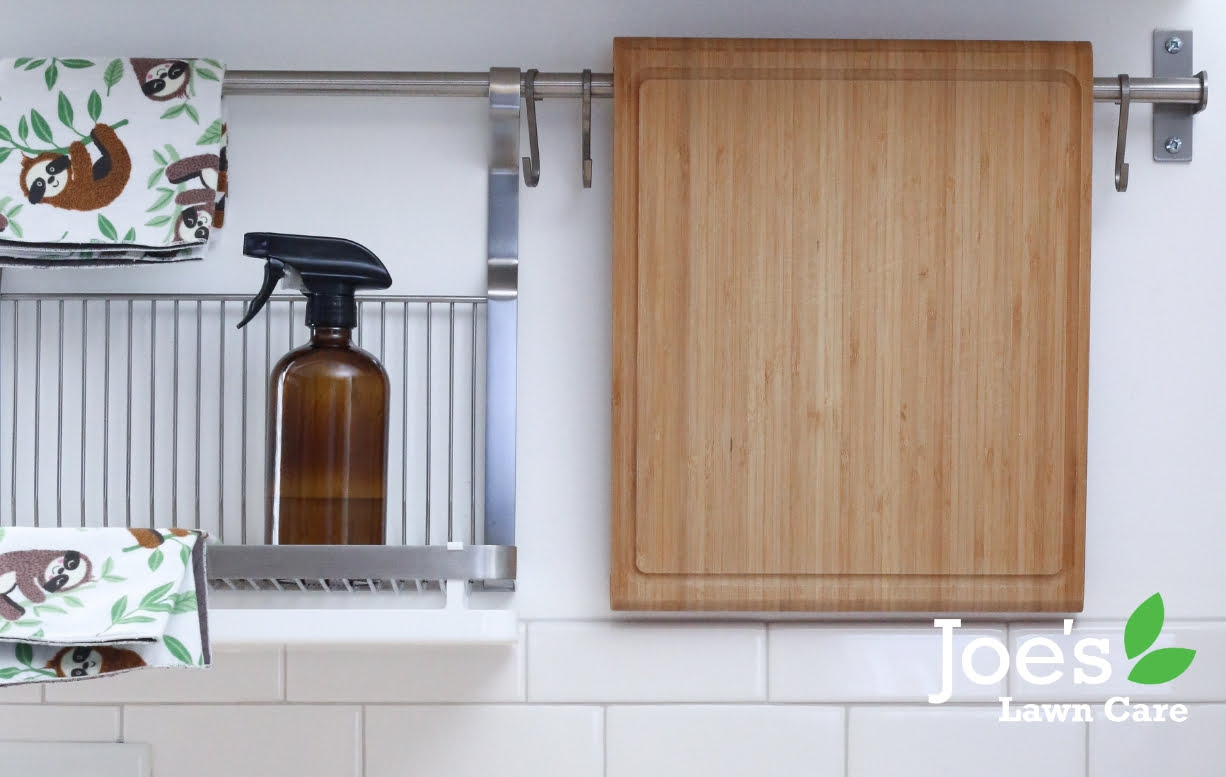 Like I said, I know this sounds odd, but mixing 60ml of dish soap into 4-and-a-half litres of water and then filling up a hand sprayer is one of the most incredible moss killing recipes you could ever come across. Simply take your mixture outside and spray on any patches of moss you come across, holding your bottle just a couple of inches away as you drench the moss with your  epic creation.

“How will I know it has worked?” I hear you ask. Well, over the next day or so, you’ll see your moss invasion turn from a lush green colour to an orangey-brown before it totally dries-up and succumbs to the surrounding grass. It’s epic.

Now, ideally, you’ll want to have checked the weather first and time your homemade moss spraying session with a rain-free period of 24 hours or more, otherwise your solution will be washed away and rendered useless. But as long as you do that, there’s no reason this won’t work. Then, once your moss has turned that weird orangey-brown colour and died, simply grab your rake (I know, I’m sorry) and remove it from your lawn.

That said, it is worth noting that this option (like all the other options I mentioned above) is not a long-term solution. It is very much temporary, unless, that is, you are able to get to the root of the problem and make your grass healthier than a vegan marathon runner — and that means a bit of scarification and a bit of aeration.

Getting Rid of Moss Once And For All 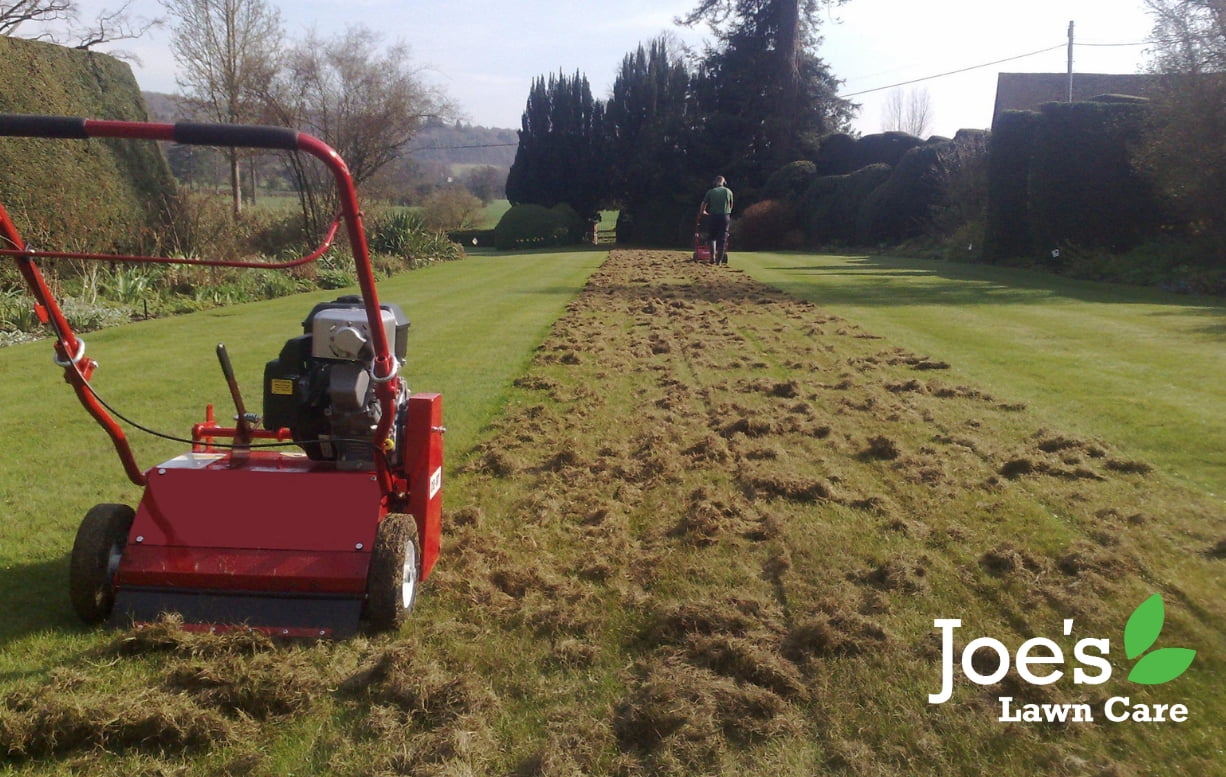 The reason moss is so freakin’ frustrating is because no matter how many times you may have treated, killed and removed ye olde moss from your lawn, it keeps coming back again and again, like some sort of green, fluffy, not-totally-disgusting, plant-based cockroach. That’s why you have to correct the underlying conditions that cause moss to grow and spread — and one of the most effective methods is scarification, where the cause of your moss is tackled by removing the surface thatch on which the moss is growing. Simple.

And that’s not all because aeration also has a role to play in keeping moss away (I’m a poet and didn’t realise it). By punching holes through your grass/soil, you’re not only relieving compaction and allowing water and nutrients to pass into the root zone, you’re creating a drier top surface and that is how to discourage moss from growing. Boom.