It may have been sporadic, but there have been some serious bursts of sunshine recently, like real sunshine, and of the warm variety too. It’s not quite been t-shirt weather or anything, but we’ve definitely been out and about without a coat on and that’s got be worth a few hip-hip-hoorays at the very least. It means spring is right around the corner.

It means socks and sandals can start to be worn, barbecues can start to be cleaned, your collection of suncream can be brought to the front of your bathroom cupboard and, yes, your lawn can start to be mowed once again, which is actually what we wanted to talk to you about.

You see, before you get all excited by the prospect of mowing, the smell of cut grass and the sight of super-neat lawn, we need to reveal the biggest lawn care mistake known to man so that you don’t make it. Yeah. That’s right. We are, of course, talking about mowing your grass too short.

The reason we’re telling you this now is simple: it’s the one major mistake people make with their first cut of the year. Mmm hmm. In fact, the next time you’re out for a stroll or a drive, have a look at all the lawns you can and make a mental note of all those that have been scalped to the point of turf damage. You can pretty much guarantee these poor gardens are the victim of spring’s first mow, which is exactly why we are going to address this issue in classic Joe’s style (which pretty much means lightheartedly):

1. What’s The Reason For This Short-Mowing Pandemic?

Ah, good question. (Oh, just so you don’t think we’ve lost the plot by answering our own question, we’re going to pretend we’re talking to our conscience). Anyway, there isn’t any one reason why people mow their lawns badly, but rather a myriad of unhealthy factors, the most common of which is to do with attitude.

What we mean is, most people think of mowing the lawn as a chore or a necessary evil. They do. It’s why Hollywood films and TV adverts always use it as a teenage-punishment. It’s that gross feeling of doing manual labour. That’s what makes people cut their lawns too short. They think if they mow it extra close to the ground they will somehow delay the inevitable task of having to mow it again. That’s the logic. Of course, it works. It just doesn’t work as much as you might hope it does. We’re talking about a couple of extra days without mowing, except the damage done to your grass will be so significant you will have given yourself more to do by the way of lawn care, which means it’s, basically, a misjudged trade-off.

Another reason why people give their lawns a grade 1 shave is because they’ve seen incredibly manicured lawns on the telebox and want to make theirs look the same, which is easy, right? It’s just a matter of mowing it short, keeping it green and striping it like Trent bridge cricket ground. Oh, if only it was that simple. The problem is, these highly manicured turfs you see on TV are, in fact, mowed with a special reel mower and then lacquered with an extravagant amount of fertilisers, herbicides, chemical fungicides and a thousand other products most garden-owners have never heard of. And that’s not all. They also employ groundsmen that have the same university degrees as most NASA scientists, as well as irrigation systems that are controlled by mega-computers. What this means is, your lawn expectations are wholly unrealistic and it’s not your fault.

The other two reasons why people cut their lawns too short are rustiness and forgetfulness. It’s people forgetting the main mowing rules because it’s been such a long winter or they innocently forgot to adjust their mowing deck when they dragged their mower out of the shed. It’s as simple as it is honest. 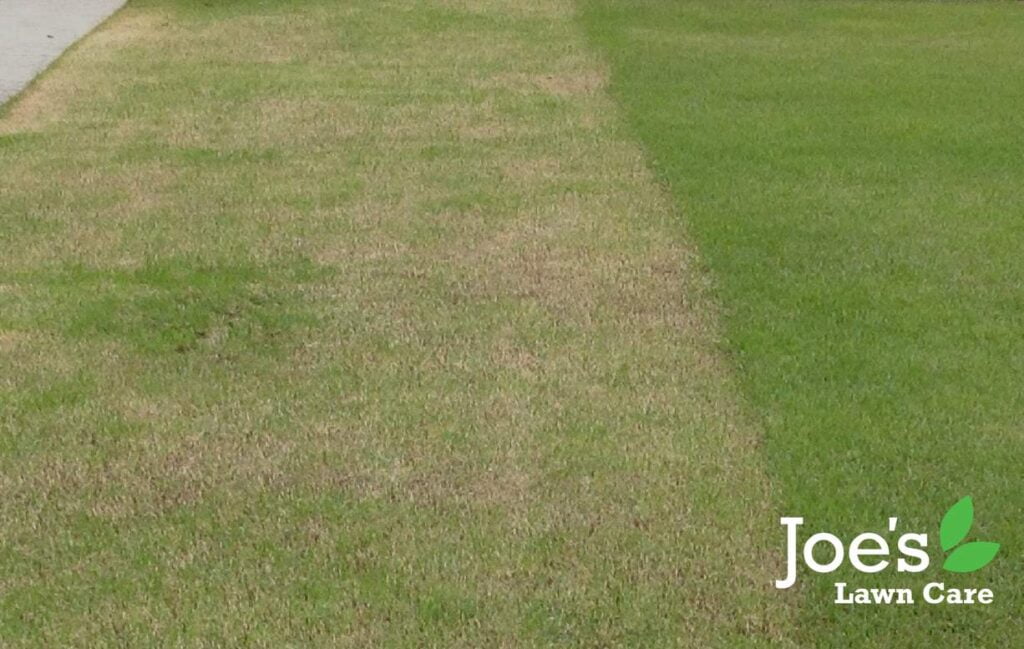 2. Okay, But Is Mowing The Grass Too Short Really that Bad?

Don’t get us wrong, we get why a manicured lawn is so desirable. We love that feeling of coming downstairs in the morning, flicking on the kettle and then staring out the kitchen window at a garden of dense grass that looks so neat it could be the 16th Hole at Augusta. But that doesn’t change the fact it is bad for your lawn, and the reason it is bad is because it heaps stress onto your grass.

Just think about it for a moment. Shorter lawns means shorter blades of grass, and the less blades of grass, the less photosynthesis, which means a whole lot less roots and shoots. It’s science, man. And that’s from cutting it less than a couple of inches.

Now let’s say you dropped your mower blades all the way and scalped your lawn. By doing this, you’ve damaged the crown of your plant and that makes it vulnerable to more problems than you might realise. What happens is, your grass starts to focus all its energy on repairing the crown damage, allowing lots of other nasties to seize their moment and attack. We’re talking insects and weeds and diseases and all sorts and, when this happens, you’re only chance at a glorious-looking lawn is a rigorous lawn care program. 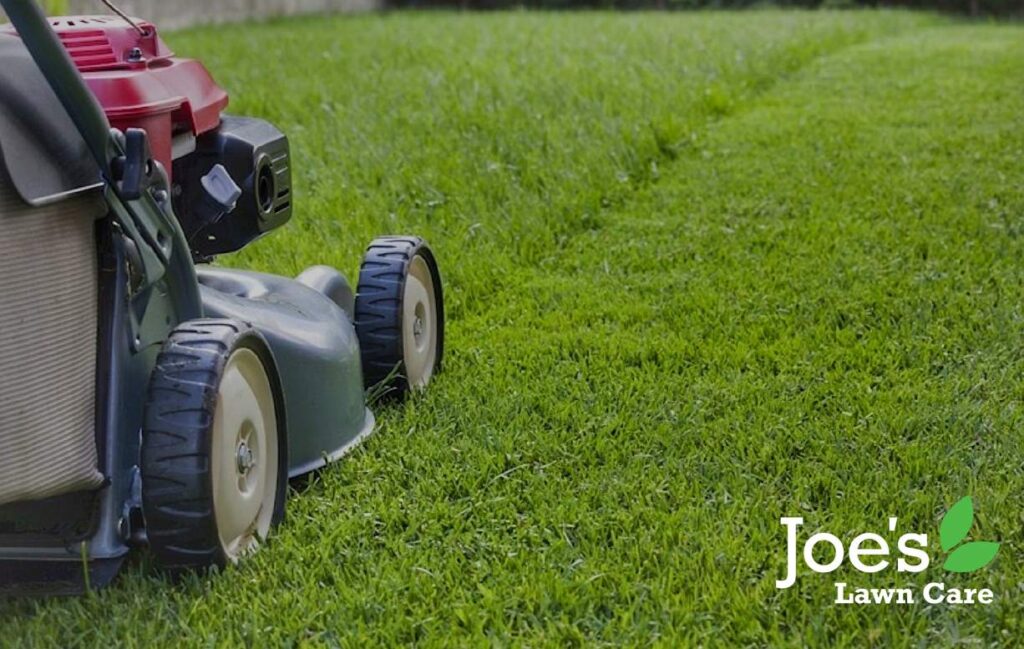 As high as possible. That’s the simplest answer. We’re talking somewhere between 3 and 3½ inches. That’s, as they say, the magic number. Mowing the lawn once a week at this height will give your grass a stress-free life and make your lawn look visibly healthier. Of course, if you want to do what Keen Kevin does, then we recommend you get a mulching mower, which will push your grass clippings back into the lawn. Not only will this save you a job, it will also give your garden another source of organic yumminess to feed off. Winning.

Anyway, while your lawn won’t look as neat and tidy as the ones on television, a long green lawn always looks better than a short brown one. That said, it’s not just an aesthetical win because a long lawn brings a whole plethora of benefits with it. Your grass becomes better at photosynthesis. The roots grow longer and deeper. The growth of the shoots gets way better. Your lawn becomes a sort of drought fighting ninja that is incredible at doing battle against infestation and heat and over-watering. You’ll also have denser turf that will bully any weeds trying to sneak into the inner circle. All that and you’ll have a lawn that, we think, looks just as sexy as a cropped one.

So, to sum it all up in just one sentence: the most widespread and biggest lawn care mistake can be solved by simply adjusting the height on your mower. Amazing.