6 Things That Prove Gardens Were Made For Games

6 Things That Prove Gardens Were Made For Games. In the unwritten rules of society, everyone over 18 is technically an adult. And, yes, society is technically right. But we all know there’s a massive difference ‘between being an adult’ and ‘feeling like an adult’. The problem is, fully-fledged adulthood creeps up on you. It catches you off guard and all of sudden you get this deflated feeling in your stomach like a whoopee cushion going down. It’s a sort of sad recognition that you have finally left Neverland and fallen into the trap of growing up.

The reason I’m telling you all this is because I almost slipped into total adulthood the other week. I almost put a “Do Not Walk On The Grass” sign down in my garden. I know, I know. Apart from that time I cancelled Christmas, it’s probably the most bar humbug thing I’ve ever done. It left me staring in the mirror for three days straight wondering who I had become.

So, to remedy this – and to help anyone else looking at their lawn like it’s a prize and a not a little slice of the great outdoors. I’ve pulled together a list of lawn games you absolutely need to add to your garden.

(Trust us: there is nothing more amazing than playing with with your friends and family outside with the smell of barbecue filling the air. The feel of freshly cut grass beneath your feet and bright blue skies above your head. It doesn’t matter whether it’s filling a lazy afternoon, adding a spot of competition to a family get-together or just giving your little one’s a reason to pop the iPad down and get outdoors. Lawn games are a must have, and these are the most must-haves of the lot.)

This is not a garden game for the faint hearted. Nor does it fall under any category labelled ‘tame’. No. This game will have people running, jumping, diving, slamming, jamming, screaming, dreaming, spinning, leaping and spiking a little yellow ball. Anything it takes to claim a win.

The way it works is simple: two teams of two (or more if you fancy it), slam one of the balls down onto the Spikeball net in order to send it soaring back upwards. Yeah, as far as competitive lawn games go, this is ground zero. Period. 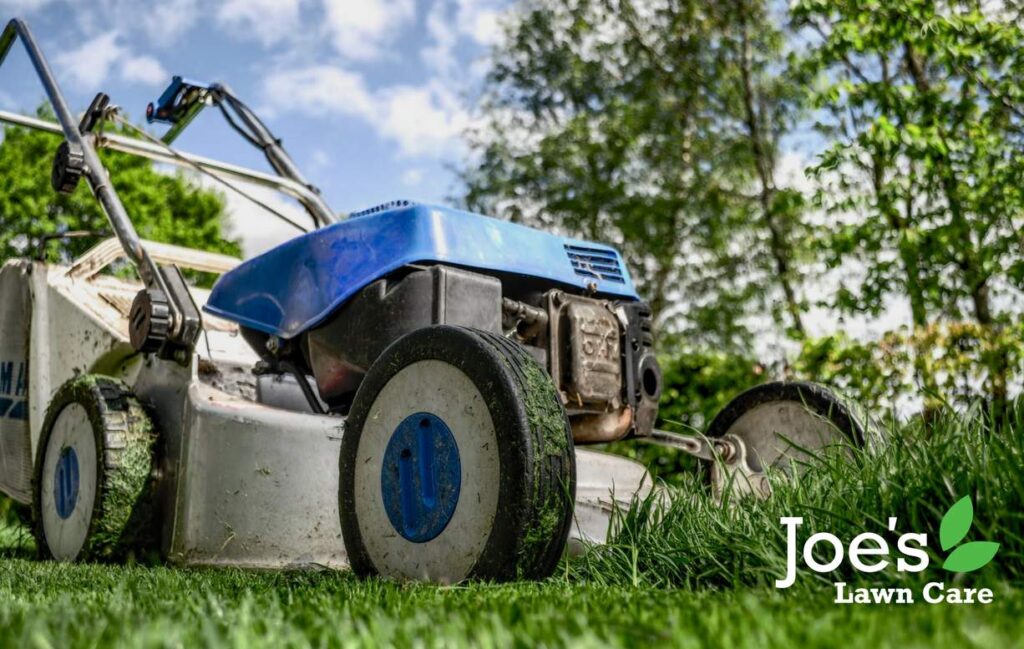 Yup. You guessed it. This is jazzed up badminton, by which we mean it’s badminton mixed with table tennis, sort of. Basically, it’s one of those games for those that can’t be bothered to get their tennis whites on and head to the local courts just to find out they’re already in use. But are more than up for a game of paddle-on-paddle action.

The way it works is simple: Armed with water-resistant paddles, you hit a birdie-slash-ball back and forth in the hope of getting a long-lasting rally up and running. The best bit is you get to pick a from four birdies and a ball depending on what sort of game you want. Red birdies are for slower-paced games, the yellows are there to speed things up a bit, and the ball is to crank things up to 11.

We’re going to go out on a limb here and say there isn’t a person on planet earth – or in the entire Universe for that matter – that doesn’t love a bit of Connect 4. So just imagine how awesome it would be to have a mega-sized outdoor version. You’ll be able to host the best backyard picnics in the history of backyard picnics. Sandwiches. Check. Chopped cucumbers. Check. Hummus. Check. Mixed Olives. Check. A 32-inch and 3-foot wide Connect 4 board with 42 plastic coins. Check.

The way it works is simple: two people take it in turns to drop coins into the frame with the intention of connecting four in a row. That could be vertically, horizontally or diagonally. The first to do so gets bragging rights (at least until you release the coins and play again). This is definitely one for families, parties, barbecues and just anyone wanting to get outside more. 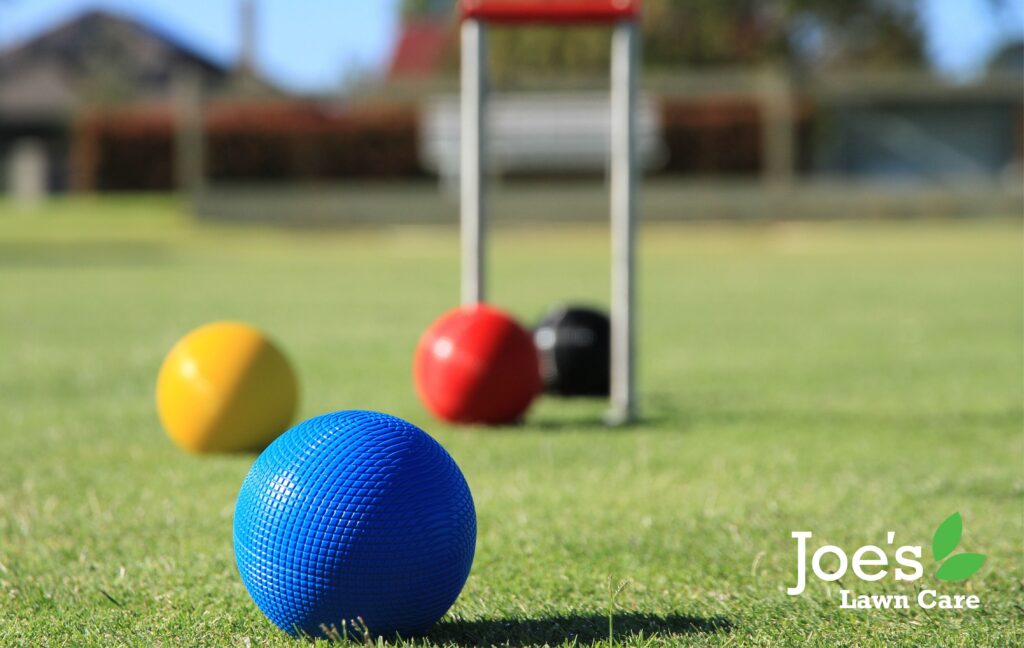 Long before The Red Queen ever confused this game by introducing pink flamingos and terrified hedgehogs. Croquet has been the champion of all lawn games; a game that is loved by children and adults, and everyone that might fall into the grey area between. It’s the epitome of good old-fashioned fun. Sure, it might draw out a few bemusing noises from your teenage kids who would rather play Angry Birds than wander around a garden knocking a brightly coloured wooden ball through an arch with equally bright wooden mallets. But once they get out there it will be smiles all-round.

The way it works is simple: like we said above, you place the wickets into the ground creating a sort of golf course and then knock the balls through the arches. The reason it’s so good is so many people can get involved, and you can improvise the difficulty to match your audience. It’s also the perfect game to play when you’re cooking and entertaining. Because, well, you don’t have to get involved if you’re spinning too many other plates as it is. 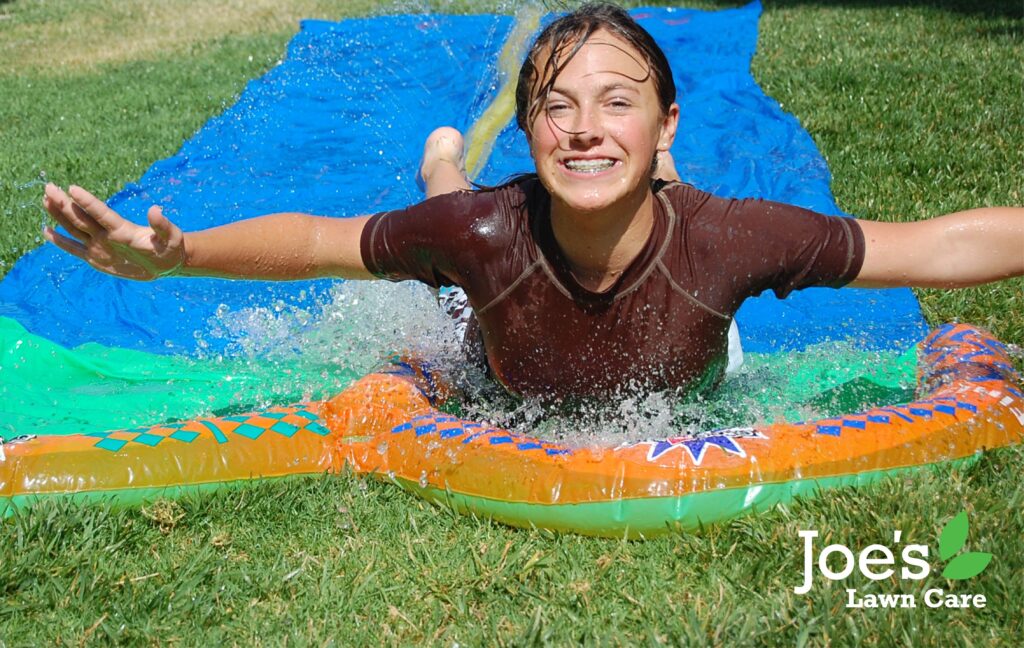 Once upon a time, if you wanted a slip n’ slide in your garden, your dad would have to go down the hardware store. Buy up all the blue tarpaulin they had, grab a water sprinkler from the shelf and make a pretty bodge-job one himself. But not anymore. Slip n’ Slides have made it mainstream and rightly so. What other toy can provide this amount fun, laughs and pure excitement for your kids, while also keeping them cool on a hot summer days. None.

The way it works is simple: attach your hose, pass your children the boogie boards and then let them slide and ride all afternoon long. Which they will do by the way, meaning you adults can enjoy more time to yourselves than you have in the three and a half years since becoming parents. It’s that garden game that will make you wonder why you hadn’t bought one sooner. 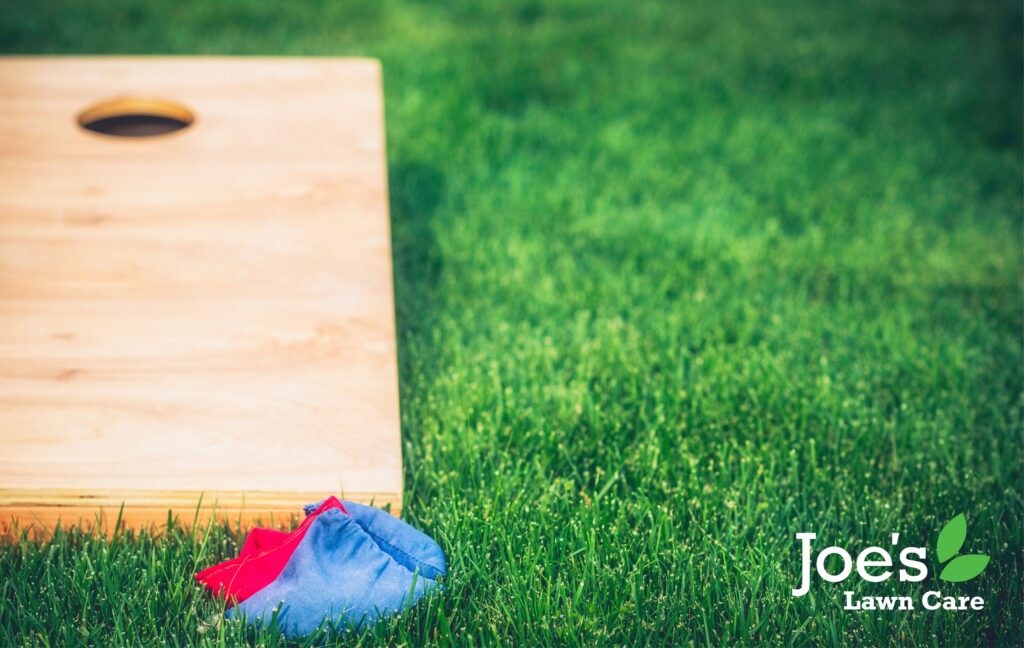 There are some garden games that can go a little awry. But this is not one of them. Yes, it’s got a totally American name. But if you can manage to look past this you’ll have a family favourite you can rely on for years and years and – you guessed it – years to come. Actually, on the name front, it’s not even American because rumour has it, the game’s name originated when Native Americans played a similar sort of game but using dried animal bladders stuffed with corn.

Anyway, the way it works is simple: you have two 3′ x 2′ CornHole boards and eight bean ​bags. The aim of the game is to try and toss as many bags into the opposite hole. The person with the best aim wins. Forget Haribo, this is the one kids and grownups love so much.