They really are awesome members of your lawn care team.

To some, earthworms are slimy, gross, freaky-looking things that can breathe through their skin (which makes them even more freaky and gross). To others, an earthworm called Jim was the star of a short-lived cartoon circa 1995. To our very own, Simon, earthworms are fantastic bait to pop on a fishing hook. But to me, earthworms are awesome — and that’s because they are the unsung heroes of lawn care.

“How so?” I’m pretending I can hear you ask.

Well, to put it super-simply, worms are a crucial member of the food chain (not just for fishing) that have a mega-influence on any environment they wiggle their way into. They’re decomposers who can be valuable to fertilisers, soil-processors who can make gardeners’ lives waaayy easier, and they can regenerate their bodies, which begs the question: why is there no earthworm in the X-Men? (Actually, I might start a petition because I’d love to see a worm fighting alongside Wolverine & Co.)

Anyway, the point is, these squiggly subterranean creatures are awesome for your lawn — and here’s why:

The Big Benefits of Earthworms 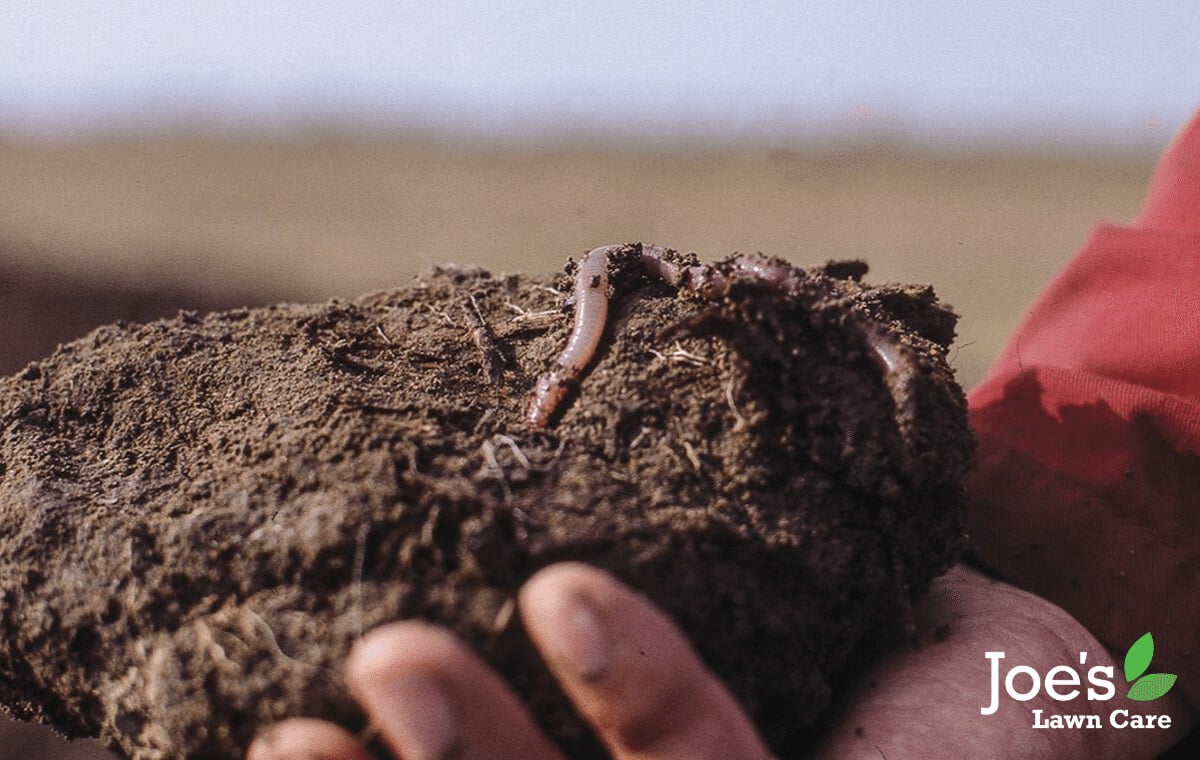 Okay, so the official term for the fertiliser created by your earthworms is castings. But it’s still just worm poop. They eat organic matter as they tunnel and then they poop it out and, voila, your lawn benefits from lully-jubbly nutrients. Who would have thunk it, right?

Anyway, these castings poops are unbelievably awesome sources of goodness. They are pooping out nutrients that your lawn will absolutely thrive off. Sure, there are some people that will find this a bit of a nuisance because it’s technically a form of worm composting that can leave casting hills that are a tiny bit annoying and could pose a trip hazard for anyone that shuffles their feet, but the benefits of earthworms in your garden definitely outweigh the little nuisances.

Think about it: typically, in an acre of soil, there are about 5,000 earthworms producing 50 tons of nutrient-rich poop. That’s gotta be good.

Become The Pied Piper of Earthworms 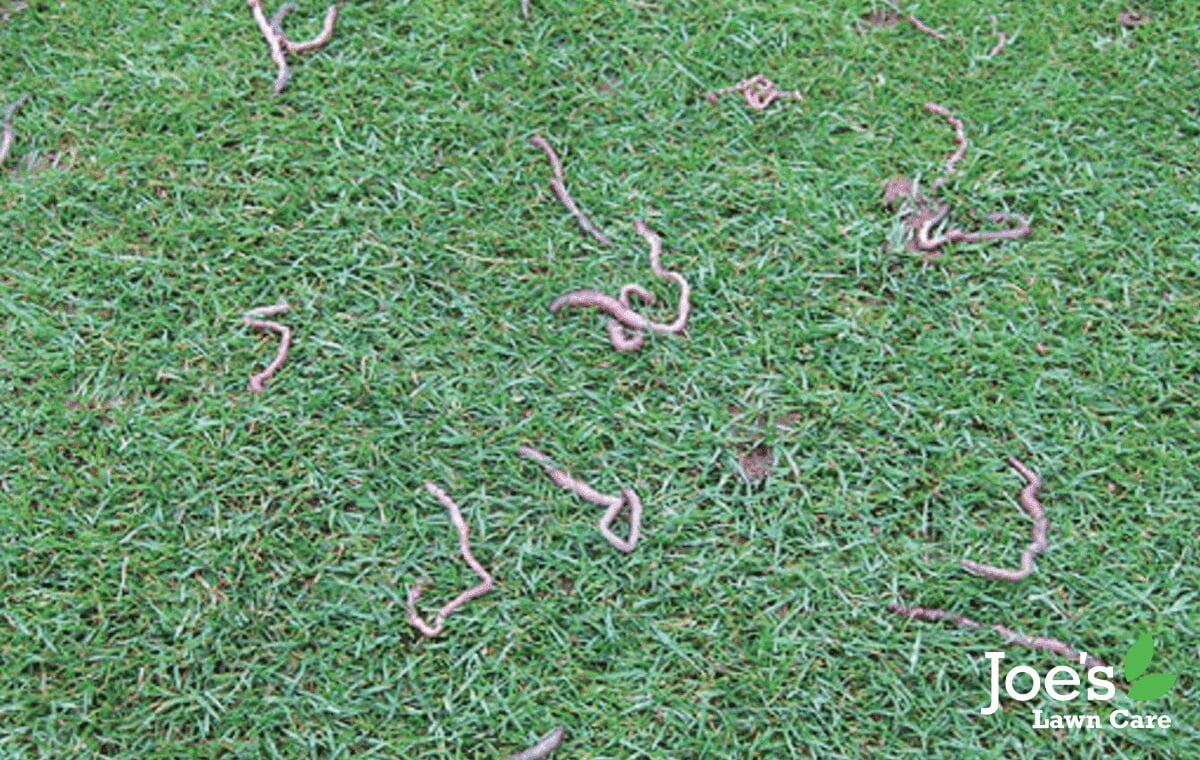 Worms are good. We like worms. That’s why you should do all you can to encourage worms to your patch of the planet, and that’s best done by feeding them some organic munchies. That could be a lovely dollop of grass clippings, or a three course meal of leaf litter, or handing them some other natural compostable tidbits as a bit of a treat. Anything like that and they’ll love you more than those little aliens in Toy Story love Mr Potato Head.

The other thing you can do to help earthworms enter your lawn is grab a shovel full of worm-heavy soil and transplant them to any area that’s lacking in these excellent and slimy little organisms. Trust me: it won’t take long for them to populate your garden.

Whatever you do, though: do. not. feed. earthworms. pesticides. These things have the ability to wipe out the entire population of worms in your garden.

Ramp Up Your Composting Efforts 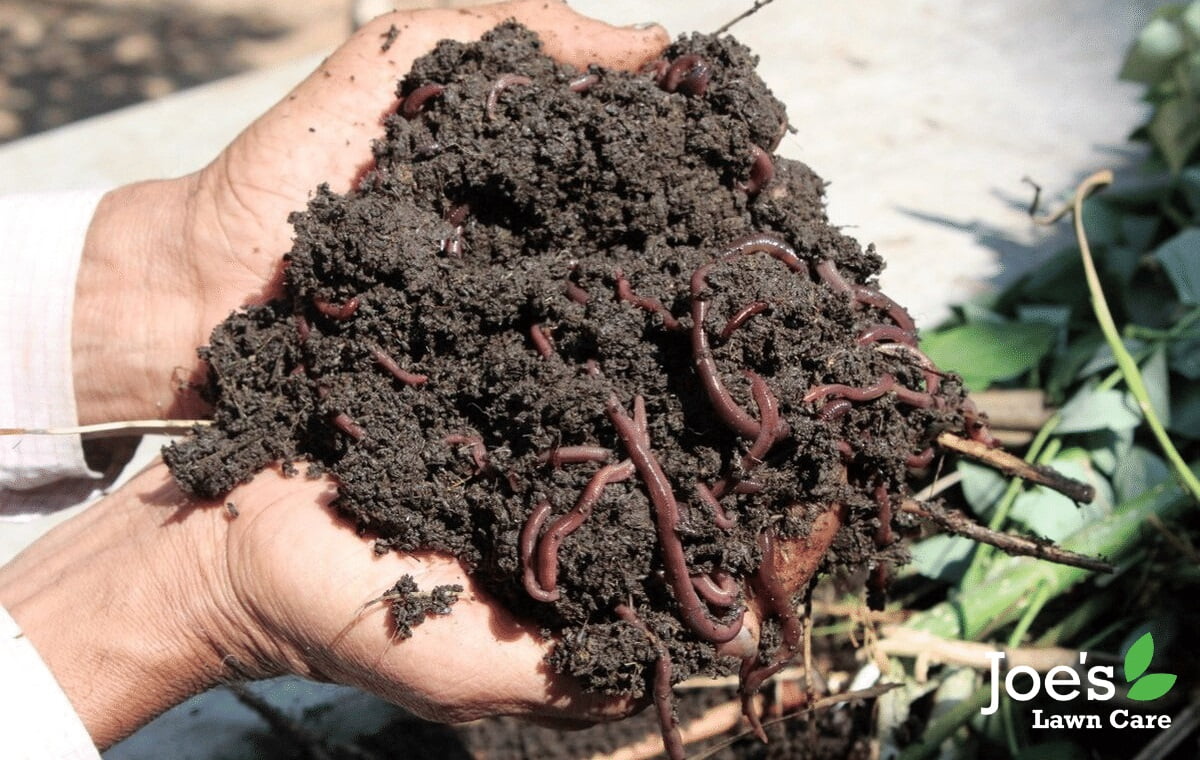 As if earthworms couldn’t get any better, you can also use them to speed up the way you recycle your kitchen leftovers. Okay, not earthworms per se, but red wigglers and red worms are epic for vermicomposting, which you do in a bin. Simply through a handful of happy-go-lucky red wigglers into a bin with your scraps and watch as they turn it all to compost in record time.

Here’s what you need to do: